No Costs, No FeesUNLESS WE WIN Real People with Real Results.
Contact Us For a Free Consultation
Home
Practice Areas
Bicycle Accident 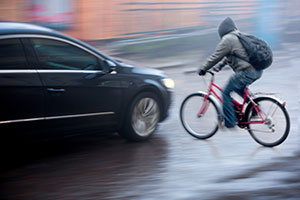 Bicycling has exploded in popularity in recent years. The U.S. Census Bureau reports the number of Americans biking to work spiked by 60 percent in the last decade, and the National Bicycle Dealers Association reports more than $6 billion a year in new bicycle sales – with a recent year-over-year increase of more than $1 billion.

But bicycle accidents have increased as well, and Florida is one of the most dangerous places for cyclists.

At Freeman Injury Law, our dedicated bicycle accident attorneys know that these incidents leave victims shaken, at best. At worst, they can be disabling and life-altering – or even life-ending. Our experienced West Palm Beach bicycle injury lawyers are dedicated to fighting for the rights of the injured and offer private consultations at our offices.

Obtaining fair compensation for your bike accident injuries requires a thorough understanding of:

Unfortunately, Florida has the dubious distinction of being one of the most dangerous places for two-wheeled travelers.

According to the National Highway Traffic Safety Administration (NHTSA), nearly 750 bicyclists are killed annually in the U.S., comprising 2 percent of all fatal traffic accidents. Nearly 70 percent of those fatal bike crashes occurred in urban areas.

In 2013, there were 133 cyclists killed – nearly 18 percent of the national total – and that made up 5.5 percent of the total number of traffic deaths in the state. When it comes to deaths of bicyclists per 1 million population, Florida has the worst rating in the country – 6.80, versus the national average of 2.35.

The recently-developed Florida Pedestrian and Bicycle Strategy Safety Plan, reported that between 2007 and 2011, there were 532 bicyclists killed and another 22,000 seriously injured. The top 10 counties that accounted for the 62 percent of bicycle fatalities and injuries during those years were (in order):

According to a National Survey on Bicyclist and Pedestrian Attitudes and Behaviors, the most common causes of injury in bicycle accidents are:

The best you can hope for in a bicycle accident is to be slightly scraped and shaken. Unfortunately, most bicycle accidents that involve motor vehicles are serious because cyclists are vulnerable. Even with a helmet, there is no mass of metal to protect against the impact of being struck by a several-ton car, getting pulled down underneath a large vehicle with no side guards or being ejected onto the pavement or other fixed object.

By far the most common injuries are musculoskeletal trauma and soft-tissue injuries.

However, head injuries – and specifically traumatic brain injury – results in the most fatal and disabling injuries.

Other potential injuries include:

There are generally two types of bicycle accident lawsuits our injury lawyers will look at:

If the bike accident involved a car, understand that Florida is a no-fault state when it comes to motor vehicle accidents. That means usually, each motorist’s own personal injury protection (PIP) benefits will kick in first. Because cyclists aren’t required to carry auto insurance, the driver’s PIP benefits can cover a cyclist’s injuries – up to $10,000.

In order to step outside that no-fault system, cyclists need to show they suffered injuries in excess of that or that the injuries were severe, disabling or disfiguring.

In order to prove negligence, you will need to show:

Some of the damages you may be entitled to collect include compensation for:

If you have suffered injury or the loss of a loved one as a result of a Florida bicycle accident, contact our offices today for a free, confidential appointment to discuss your rights.